In Buddha-Meditation Samādhi One Transcends the Triple World

Be honest when you recite the Buddha’s name. Your mind should be honest; otherwise, you are “having food mixed with poison.” How to make you mind honest? Let your cognizing mind have not a place for thought to arise

How to understand this? Consciousness performs the function of cognition, so the cognizing mind discerns all phenomena. Having not a place for thought to arise means not to cause your mind to give rise to thought. When your mind starts to think, you tend to discriminate whatever you perceive. To let your mind have not a place for thought to arise means to discern all phenomena but not discriminate them. Buddha-meditation concentration can achieve this. If your cognizing mind dese not give rise to a thought, you are “reciting the Buddha honestly”; if you discriminate, you are dishonest.

Observe the activities of your mind and you will find three kinds of afflictions involved, namely greed, hatred and delusion. Reciting the Buddha’s name with the mind free of greed, hatred and delusion is called recollecting the Buddha honestly. Non-arising of thought in the cognizing mind is called concentration. Buddha-meditation concentration is exactly the accomplishment of this practice.

As I have told you, to cause your mind to give rise to thought will bind you up in the cycle of birth and death. To practice with diligence, this is the way.

Bodhisattvas and Buddhas are in higher stages than we are. Although they go save living beings everywhere in every direction, their dharmakāya the body of truth remains unmoved, and with their dharmakāya unmoved, they can go save living beings in every direction freely. Their meditative concentration is compared to the moon in the sky that is the only one; there are as many reflections of the moon, which are compared to the merits they do, as there are the rivers. We are far from that stage, but we can set about from simple ways.

Once there were bodhisattvas who asked the Buddha: “World Honored One, because of what do you resolve to expound prajñā-pāramitā (the perfection of wisdom)?” The Buddha said: “In order for bodhisattvas to attain samādhi (deep concentration) through meditation on Buddha, I expound prajñā-pāramitā.” Buddha-meditation samādhi is an achievement of very high stage, from which, according to the sutras, develop five kinds of samādhis, and is therefore called ‘the king of samādhis’. What are the five kinds of samādhis? The first is the heroic march samādhi (śūrāmgama-samādhi in Sanskrit), the second, the diamond-like samādhi (Skt. vajra-samādhi), the third, the lion’s roar samādhi (siṃha-vijṛmbhīta-samādhi), the fourth, the Buddha-nature, and the fifth, the perfection of wisdom (prajñā-pāramitā).

Every one of you should practice Buddha-meditation along this way. It is sometimes hard to avoid adversities in life, of which you should not complain, but you should always remain in meditative concentration. To remain in meditative concentration is to enter the Wisdom Gate; to do merits is to approach the Merit Gate. This is how bodhisattvas remain unchanged while going along with situations, and go along with situations while remaining unchanged.

Where will you go next life with the attainments of four dhyānas and four concentrations of emptiness? You will go to the heavens of the Form Realm and Formless Realm, which are still confined in the Triple World. Born to the Western Pure Land through Buddha-meditation concentration is a shortcut to transcend the Triple World. You should think about it seriously. Unable to escape from the Triple World, you will remain in transmigration through the six destinies of rebirth; born to the Western Pure Land, you will no longer be bound up in transmigration. Even the least of the least grade of attainment is equal to the first-fruit stage in the practice of Hinayana Buddhism. According to the Venerable Master Shandau’s opinion, the highest level of rebirth there is equal to the attainment of the eighth-ground bodhisattvas.

Today we have an extra recitation section, and therefore I shall not take up too much of your time.

Now, let’s start the recitation of the Buddha Amitābha. 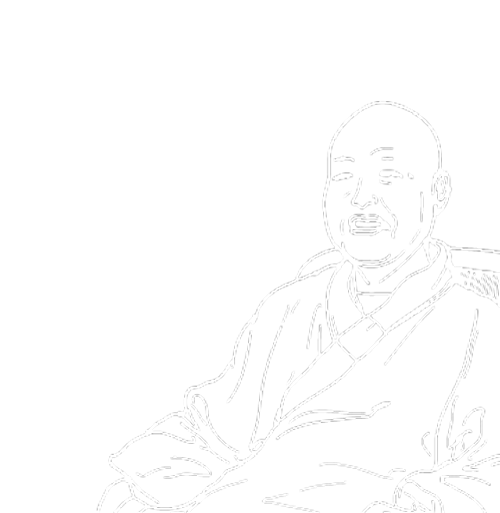